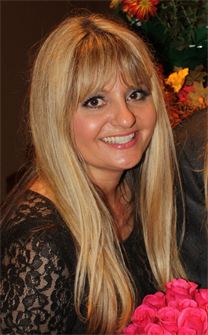 Monique Nardone is the sister of Michele and also began her formal training as a violinist at an early age. Her professional studies also included the Violin, Viola and Piano. She is accomplished on all three instruments. Monique went on to attend and graduate from Brooks College in Long Beach, California. Monique has played professionally for many years in various Ensemble Groups, Quartets, and various Orchestras, as well as playing for many Special Events in the Los Angeles Area.

In June of 2011, Monique and Michele of "Palos Verdes Strings" were invited to have their students perform at the prestigious Walt Disney Concert Hall in Los Angeles, CA. The evening was a huge success, as well as being such an honor for them.

Monique continues teaching her private students lessons on Violin, Viola, and Piano. Over the past several years, Monique has also taught Violin at Nativity and Saint Catherine's private schools in the area.
Contact Monique Nardone